The Curious Case of Workers Compensation Treatments: Why Some States Soar in Surgery 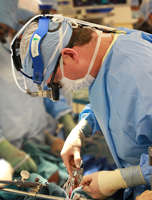 With every state having their own workers’ compensation rules, it has meant that incentives have varied widely throughout the nation. The majority of doctors, lawyers, insurance carriers, employers and employees are all either inadvertently or consciously trying to avoid their losses at every level.

When a report came out about surgery and Medicare in the nation, it was found that New York was performing vastly below the average while Alabama and Louisiana were operating at far higher rates. Is it that because people in Alabama are more likely to become severely injured? It is a better bet to say that there are other forces at work here. We’ll look at the numbers from the 33 states that were included in this study, and talk about the implications of it for you.

As you might expect, states without fee schedules had much higher utilization rates than those who did (up to 150% over the average amount.) This means that if there was a limit on how much could be spent, somehow that limit was magically reached in the majority of cases. Surgery and other costly procedures were performed sparingly.

If there was no limit, there seemed to be more care that was necessary to complete the treatment. The same trend was shown whenever there were states that had some type of limits imposed, whether it was percent-of-charge or cost-to-charge.

What Does This Mean for You?

There are several ways you can look at this study. One is that you could assume those who did receive more care got the additional consideration because there were no limits in their state. A doctor had every measure to complete a full plan for their patients without having to worry about costs thus achieving a better state of wellness for the patient. This is certainly one reason why no limits might be imposed in a state. However, the less optimistic viewpoint would be that people are flat-out exploiting the system.

Certainly we know that fraud is real in workers compensation, and potentially difficult to reveal. Whether a doctor recommends one unnecessary treatment for one patient or 50, they’re committing an act that will raise everyone’s costs further down the line. If you’re interested in becoming an advocate in your state, you may want to lobby your local lawmakers with information about recovery and relapse in patients in the states that have imposed limits. It is the best way to prove that those who have limits are both not a drain on the system while still achieving acceptable care. This is a difficult issue to talk about, but one that needs to be addressed.