Can Hardware Be Damaged By How A Computer Is Used? 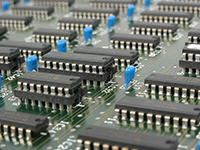 In more than a few movies, you see people contract viruses on their computers, and then it isn’t long before the computer starts emitting smoke and sparks. That doesn’t really happen in real life, but there are instances wherein a computer can be damaged by how its used. It would take a little more than most hackers are capable of doing, of course, and anyone with a little bit of know-how (or the ability to use Google) could probably reverse the problem before it causes any major physical damage. But it is, technically, possible.

It’s possible to damage your speakers or headphones simply by the sounds you play through them. The most harmful things for speakers and headphones would be loud music played for extended lengths of time, and loud transients, being sudden loud noises that move the magnet in the speaker too quickly, tearing the cones of the speaker. It takes a very, very loud sound to do this. If you think this may have happened, play some music and listen for rattling and humming indicating punctured or torn cones.

Turn your screensaver off and leave it off, and you’re going to wind up with an image burned into your screen. Gaming consoles can be bad news for HDTV sets, because most of them do not use a screensaver. Turning your monitor off when screensavers aren’t an option is your best bet to avoid long term damage.

The main problem you’re going to face with your computer being damaged is overheating. A poorly ventilated system or a system that is being overclocked can suffer serious damage if made to run high-end graphical processes for an extended length of time. Most computers these days will automatically shut themselves down if they sense overheating. It would be possible to sabotage someone’s PC by turning off the automatic shutdown system, disabling the fans, and overclocking the system, all without needing to crack open the case or play with the physical components of the system at all. But chances are you would notice that something is wrong long before it would fry your motherboard or your hard drive.

In short, computers can be damaged physically without doing anything at all to the physical components themselves, but it would take a very dedicated hacker, and a victim who is very slow to catch on.

Cluttered Browsers And How To Avoid Them