What Cyber Threats DO We Face? 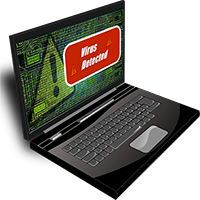 “Hacked” is one of the major buzzwords this election cycle. From Hillary’s emails to fears of Russia to Trump’s promise to prioritize cyber-security. Unfortunately, neither candidate has really had much of an opportunity as of yet to really dig into cyber-security threats, and even if they could, it would be a difficult thing to communicate in 30 second sound bytes for public consumption.

So… what cyber-security threats will our next president have to deal with? Here’s what we know:

Both Clinton and Trump have promised to put the most recent technology to work in combating hackers, but… what does that really mean? It’s more of a canned response to assure the public not to worry, right?

They say that an ounce of prevention is worth a pound of cure, and it should be self-evident to anyone with a basic working knowledge of cyber-security that our next president could actually cut down on military spending by putting more money into advancements in computer technology. The NSA, CIA and freelance tech consultants could create a security system that is, if not completely hack-proof, at least decades ahead of anything that hackers domestic or abroad have access to. Einstein said that World War 4 would be fought with sticks and stones, but maybe not, if World War 3 is fought with a suped up version of Avira Antivirus.

Choosing an Operating System for the Office