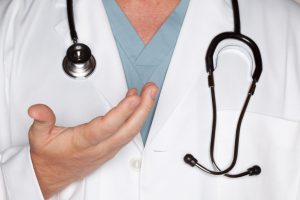 A recent report from the Department of Health and Human Services (DHHS) reports that individual health insurance under the Affordable Care Act will cost an average of $2,988 yearly or $24
9 a month. Subsidies, tax credits, and Medicaid payments should reduce these premiums to no more than $100 a month for nearly 30 million people who don’t have insurance.

Although some individuals might pay more for coverage, these averages are still 16% lower than the Congressional Budget Office projected in 2012.

The health care reform act extends coverage to low-income Americans, including the 48 million now uninsured. To help offset the cost of covering older, sicker individuals in this group, the law requires every American to buy insurance or face a fine, under the “individual mandate” provision. The 55% of adults who have health coverage through their jobs are considered in compliance with the mandate.

According to the DHHS report, rates under the ACA’s state-based insurance exchanges, where individuals will shop for health plans, will vary significantly depending on the state and the level of coverage (Bronze, Silver, Gold, or Platinum). For example, in Wyoming, the least expensive Bronze plan will cost $425 a month, compared to only $192 a month for the same coverage in Minnesota.

In Comparison, a recent Government Accountability Office report on the cost of individual health insurance found that people who are young and healthy can buy relatively inexpensive policies. According to the GAO 30-year-old nonsmoker might pay as little as $30 a month in Georgia or $85 a month in Alaska. As always, our agency’s health insurance professionals are stand ready to offer their advice on selecting the health plan that’s best for you.

Sleep is Imperative to Your Health