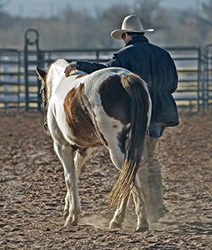 As evidenced by New Mexico’s example, farms and ranches have long been left out of many legal restrictions for businesses. After all, an industrial factory with 1,000 workers couldn’t be held to the same standards as a family farm with 4 people tending to the livestock. However, policies are shifting toward offering more coverage for employees who need that protection. Even if your particular ranch does not need insurance due to the laws in your state, it may still be a good idea to get it.

Small farms across the nation typically weren’t expected to keep up to the commercialization culture simply because of the size and production scale of the business. The exemptions vary from state to state, with some basing the exemption on total payroll numbers, or the type of labor on the ranch (e.g, seasonal, family business, etc.) The extra rules were made to protect the farm from exorbitant fees, but also to protect Americans from having to shoulder the raised costs of production. However, this has led to workers being hurt who otherwise would have been covered under normal workers’ compensation laws.

Employees may not only be affected by their exact title (e.g., farmer vs. feed mill salesperson), but by the exact activity that they’re doing at the time of injury. One worker who was injured after handling a steer was told by the employer that they were engaged in an agricultural activity, which would have been exempt in that state. However, after challenging this in court, he was granted compensation because it was determined he was conducting commercial business rather than agricultural at the time. This type of distinction illustrates just how complicated these affairs can be.

The Future Is Covered

If you remember anything about workers’ compensation in this sector of the economy, the clear takeaway is that there is more pressure for employers to give more consideration to their employees. Constitutional activists are clear that they find these exemptions exploit the workers who put their bodies at risk everyday. While state law may take more time to catch up, it’s likely worth looking into having some type of coverage for ranches regardless.