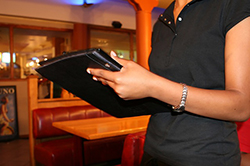 An extensive survey of more than 4,000 low-wage workers in Los Angeles, Chicago, and New York City by the National Employment Law Project (NELP) reached these conclusions:

It is hard to balance this economic suffering with the fact some executives are making tens of millions of dollars during a failing economy. You don’t have to be of any political persuasion to realize that something’s out of whack. Not only do these employers deprive good people of a fair day’s pay, they’re also at war with companies who strive to grow their business the right way; perhaps even going above the call and actually empowering their workers rather than oppressing them. If we can fight overseas to assure basic human rights, we should be able to do the same here.

What are Section 125 Cafeteria Plans?