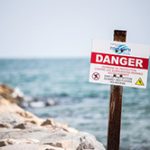 Retirement has always been a tough undertaking but in today’s tumultuous economy, it sometimes seems like an impossible task. There’s no question that countless risks go hand in hand with retirement. However, even during a recession, you can manage these risks. Here are the top five most common retirement risks and the best ways to deal with them:

Running out of money is not only a scary prospect it’s also one of the biggest risks that all retirees and soon-to-be retirees face. In the retirement planning world, this is known as “longevity risk.” According to the Society of Actuaries (SOA), Americans are living longer, which means the risk of outliving their money is much higher.

The SOA estimates that the average life expectancy for 65-year-old Americans is 17 more years for men and 20 years for women. However, 30% of women and 20% of men aged 65 will live until they’re almost 90 years old. That means many people might live up to 25 years or longer after they retire.

How to deal with it: As long as you save up enough money for retirement, avoid overspending and invest wisely, you should be able to avoid this problem. You might also consider taking on a part-time job after retirement or even delaying retirement a while so you can earn income for a few more years.

It’s also critical for soon-to-be and current retirees to properly manage their assets. You might consider investing in payout annuities, managed payout plans or “longevity insurance” – an annuity that does not start paying benefits until an advanced age, such as 85. Many retirees also apply for a reverse mortgage to protect against longevity risk.

Unfortunately, none of us are immune to inflation – all retirees will be affected by it. The trouble is that the rate of inflation can be difficult to predict. According to the SOA, annual inflation in the U.S. varied from 1.1% to 8.9% from 1980 to 2007 quite a large range. However, the average inflation rate throughout these years was 3.5%. Based on that percentage, a product that cost $1 in 1980 cost $2.82 in 2007.

And the rate of inflation can have an even bigger impact on retirees, especially for things like health care an expense that becomes a growing portion of a retiree’s budget. As a matter of fact, studies show that health care represents only 5% of the average person’s budget before retirement, but it grows to 10% for retirees ages 65 to 74 and increases to 15% for retirees 75 and older. On top of that, health care expenses generally increase much more rapidly than other goods and services. According to the Bureau of Labor Statistics, the cost of medical care is nearly four times higher than it was in December 1982. In other words, health care that cost $100 in 1983 would now cost $387.

How to deal with it: To prepare for the effects of ever-growing inflation, the SOA says that retirees and soon-to-be retirees should invest in assets that grow in times of inflation, such as common stocks, inflation-indexed Treasury bonds (TIPS), inflation-indexed annuities, and commodities and natural resources. Retirees might also consider taking a “semi-retirement” for a couple of years before they officially retire so they don’t drain their retirement assets too soon.

Although many consumers are thrilled about today’s low interest rates, retirees and soon-to-be-retirees aren’t too happy about it. That’s because when interest rates are low on both short and long-term investments, retirees might be forced to re-invest their money at lower rates. Plus, many soon-to-be retirees who are investing in fixed income will have to save more to build up a big enough retirement fund. While the SOA points out that government spending, inflation and business conditions all affect interest rates; it’s difficult to predict what the future holds.

How to deal with it: To manage the risk of interest rates, the SOA says retirees and would-be retirees could invest in immediate annuities, long-term bonds, mortgages or dividend-paying stocks.

How to deal with it: First of all, the SOA says retirees and older workers should limit their stock market exposure. If you do invest in the stock market, be sure to diversify your stocks and spread your money among different investment classes and individual securities. This will greatly decrease your risk. You might also consider investing in financial products that invest in stocks, but guarantee against the loss of principal, such as mutual funds.

If your employer declares bankruptcy, what happens to your pension? If your annuity insurer becomes insolvent, where does that leave you? Many terrible things can happen to your retirement funds but there are ways to manage these risks.

How to deal with it: Before you invest your money do your homework. Find out your employer’s credit rating to determine if they might be at risk for bankruptcy. Look into your insurance company’s claims-paying ability rating. Of course, you are already protected from many of these risks. If your employer does go out of business, the Pension Benefit Guaranty Corp. will insure your defined-benefit pension plan (up to certain limits.) Annuity companies are covered by state insurance guaranty funds up to specified limits which means if the insurer becomes insolvent, the claims will still be paid.

Seven Tips For 20-Year-Olds Who Are Planning For Retirement