Will Remodeling Pay Off? 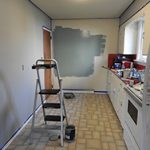 Those wanting to give a home an update or remodel often also want to know what will give them the most return for their invested dollar should they ever want to resell. The results of one new report might cause some surprise.

According to the 2010 Remodeling Cost vs. Value report by Remodeling Magazine, the greatest return on a remodeling investment (costing more than $10,000) is installing new fiber-cement siding, with an average cost of $13,382 and an 80% return on the investment. The survey, done in partnership with the NAR (National Association of Realtors) and HomeTech Information Systems, compared the average cost of the 35 most popular remodeling projects and the value each retains during a resale.

However, when compared with 2009 data, all the renovation jobs, even the fiber-cement siding installation, returned a lower percentage of the cost to complete in additional home value. In other words, most individuals planning a remodel to their home are looking to pay a lot more to complete the job than they would get back in a return from selling the property. In general, the report estimates that homeowners would only recoup 60% of 2010 remodeling costs.

Even so, curb appeal seems to remain a predominate concern for buyers, as the report showed that most exterior improvements were better performing returns than those on the interior of a home. With such a large current inventory and wide selection in the current housing market, curb appeal is more important than ever to catch the buyers’ attention and urge them to look at what the inside might hold.

The cost to value equation of home improvement has actually been becoming less attractive for several years, but the 2010 percentage decline has been especially significant. On average, homeowners recouped 16% less on a typical remodeling job than they did in the previous year. For example, the cost of adding a new middle-of the-road bath was about $15,000 in 2003 and it returned almost 100% of the cost during resale. Today, however, the exact same mid-range bath will cost around $40,000 and only return about half of that cost during a resale.

Although the 2010 numbers showed the sharpest change in the nine year history of the survey, oddly enough, 2010 also saw the first construction cost decline since 2004.

As a general rule, the more spent for a remodel job, the lower the percentage of return will be during resale. Take kitchen remodels for an example. Middle-ranged kitchen remodels will generally cost around $60,000, yet return around 70% of that cost during resale. Move up to a top of the line renovation that costs around $113,000, and it will return just 60% of its cost.

Overall, the report showed the lowest return was with middle-ranged home office renovations, with an average cost of $28, 888 and returning only 45.8%.

Do You Need Personal Umbrella Insurance?