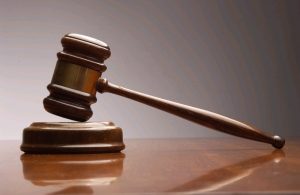 Employers of companionship and domestic employees can breathe a little easier, now that a court has set aside major portions of a rule that may have required that such employees receive the minimum wage and overtime under the federal Fair Labor Standards Act.

At issue was a Final Rule issued by the U.S. Department of Labor in 2013, which was to take effect January 1, 2015. Companionship workers have historically been exempt from the FLSA’s minimum wage and overtime requirements. But under the Final Rule, the definition of“companionship services” not only was substantially narrowed, but also employees of third-party home health-care agencies (as opposed to employees who were employed directly by the individuals needing care or their family members) were excluded from the exemptions. If the Final Rule had not been vacated, many more companionship workers would be entitled to the FLSA minimum wage and, if applicable, overtime.

Even though the 2013 Final Rule was scheduled to take effect on January 1 of this year, the DOL announced that it would not begin taking enforcement action until June 30. However, as we previously reported, the delay in DOL enforcement action would not have prevented individuals from bringing private lawsuits starting January 1.

This has all become a moot point, though, because of the two court rulings that came about in late December and early January.
On December 22, Judge Richard Leon of the District of Columbia vacated the part of the Final Rule that excluded employees of third-party providers from the minimum wage and overtime exemptions.

Judge Leon noted that the statutory language supporting the use of the exemptions by third-party employers had been in place since 1974, and specifically upheld by the U.S. Supreme Court. In addition, despite “efforts by legislators in the majority party in both the House and the Senate in three consecutive Congresses” to change the law, Judge Leon said, no bill excluding third-party employers had ever made it out of committee. On this basis, he rejected the DOL’s attempt to substantively change the law through the administrative process:

Undaunted by the Supreme Court’s decision . . ., and the utter lack of Congressional support to withdraw the exemption, the Department of Labor amazingly decided to try to do administratively what others had failed to achieve in either the Judiciary or the Congress.
Then, on January 14, Judge Leon vacated the DOL’s narrow definition of “companionship services,” granting a motion for emergency injunctive relief filed by a number of home care providers.

Under the Final Rule, “the term companionship services also includes the provision of care if the care is provided attendant to and in conjunction with the provision of fellowship and protection and if it does not exceed 20% of the total hours worked per person and per workweek.” Once again, Judge Leon found that the DOL had overstepped its bounds by trying to administratively change longstanding interpretations:

Home care workers have been providing care to the elderly and disabled, under the umbrella of the companionship services exemption, since the enactment of the 1974 amendments. Here, I am once again faced with a long-standing regulation left untouched by Congress for 40 years…Congress has not shown one iota of interest in cabining the definition of companionship services which has been interpreted by the Department in the same way for 40 years…

Thus, the judge found that there was no indication that Congress had intended to impose a “20-percent limit” on caregiving services to elderly and disabled individuals.

As a result of Judge Leon’s two orders, the DOL’s Final Rule, as it applies to third-party employers and companionship services, will not go into effect. It remains to be seen whether the DOL will appeal. It should be noted that there are some other provisions of the DOL’s Final Rule that were not addressed in the Court’s ruling and will therefore remain in effect unless stayed or vacated by a future court order. These involve certain definitions and recordkeeping requirements.
Courtesy of Tony McGrath, Esq. Madison Office of Constangy, Brooks & Smith, LLP