Who Can Get Covered By Performer Insurance? 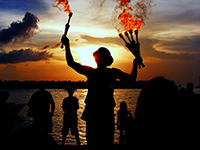 Performer insurance is not limited in what it can cover so much as who it can cover. Your basic performer policy is designed to cover a specific category of performer, that being: Performers who don’t do too much dangerous stuff in their act.

How that danger is defined is determined by a number of factors. For instance, if you’re insuring a movie star in a $250 million dollar blockbuster, then there’s a lot more money on the line than if you were insuring a fire-breather at a carnival. Some jobs are dangerous to the performer, some are dangerous to the insurer. The provider needs to calculate their risk accordingly in either event.

Typically, a basic performer policy is going to cover the less dangerous, less high-finance areas of the performing arts. A birthday clown, a celebrity lookalike, a comedian, a mime, a puppeteer, these are areas of performance that do not involve any immediate danger as part of the performer’s regular routine. On the other hand, a knife-thrower, a jouster, a stunt performer, a strength performer, a pyrotechnician, these are performers whose whole act involves playing with dangerous elements. That’s what makes them so impressive, and that’s why they typically need to seek out specialty insurance.

Typically, if you are working for a circus, a theater, a movie studio, then they’re going to have their own system of insurance lined up. The guys performing stunt shows at Universal Studios, for instance, probably aren’t buying their own health coverage.

One could reasonably think that, if their job isn’t particularly dangerous, then why bother getting insurance in the first place? The problem is that bodily damage or a liability case can completely derail a performer’s career. If you slip on stage and twist your ankle, then it’s hard to make it to your next belly-dancing gig. Performer insurance can help with things like lost wages and health issues that your health insurance might not cover so that you are not completely out of options if you find yourself injured on the job. Likewise, liability issues relating to your act can really take the wind out of your sails. For most working performers, it’s a nine to five job. For everyone who ever became a millionaire on their talent, there are ten thousand people who are just making a living. Most performers cannot afford a liability suit, and that’s where your insurance really comes in handy.

If you’re not covered by performer insurance, then it’s not a bad idea to look into specialty coverage. You want to make sure you have options should something go wrong.

Campground Liability: Maintenance Is Everything