Is There Any Such Thing as a Virus-Proof Device? 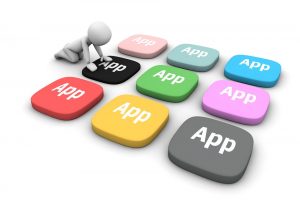 Is there any such thing as virus-proof? Although devices aren’t typically advertised as being “virus-proof,” many developers certainly enjoy the extra profits that come with being “commonly known” for being virus-proof. The question remains as to whether any device or operating system can ever truly be impervious to infection. Let’s do some myth-busting:When people sing the praises of Linux, un-infectability usually makes the list.

Without judgment, it’s fair to say that there’s an elitist bent to a lot of Linux communities. It’s not the operating system you install on your grandma’s laptop, it’s an OS for techies. If you’re technically inclined, then it does offer a ot of benefits over Windows and Mac operating systems, but is it virus-proof?Well, according to the official website: No.Put simply: Any computer attached to the internet is at risk. So scratch Linux off the list.

Apple has been something of a holdout in the push towards open design, which has made it difficult to develop security software for. A great op-ed from back in 2012 does a good job of explaining the company’s mentality. It boils down to: People think Apple products are virus proof only because there aren’t a lot of iOS viruses out there right now. It’s easier to create viruses and worms for Windows, and Windows has been around longer. But more recently, we’ve seen that iOS is anything but impenetrable.

The Android is known to have been designed from the ground up to be virus-resistant, from hardware to operating system. This isn’t the same thing as being virus-proof. Unfortunately, the Android’s permissive app-approval process is a double edged sword, allowing developers to pack apps with all the viruses they like. In short: Android doesn’t make the list, either.There is essentially no such thing as virus-proof. Some devices and operating systems are more resistant to viruses than others, but as long as you’re using the internet or USB drives or any other sort of data-input, you’re at risk.