The Blurry Lines of Liability 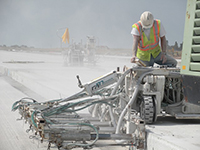 In construction and trade contracting, insurance and liability can be tricky. To what extent do you have to cover your own risks? To what extent can you expect the client to take full responsibility? Who pays out if one of your crew members is injured on the job? What if a third party takes a bump, neither a client nor a contractor?

If a third party is injured as a result of your construction work, if, say, a ladder falls on them or they cut themselves on a stray bandsaw or break an ankle tripping over a misplaced 2×4, then chances are you’re going to be held liable. This is where your contractor’s liability comes into play. A client may be able to press charges against you successfully if they are injured on the premises, but the chances of a client doing this are relatively slim as they are putting you in a position where you have to prove that they, not you, were negligent.

In contracting, it’s generally a safe bet that an injured worker’s primary concern is drawing worker’s compensation until they’re able to hit the job site again. Employer’s liability will help to make sure that you are covered in any event involving an injured worker.

If you are working with contractors rather than fulltime employees, the issue is only as clear-cut as you make it: You need to make absolutely certain that you are not going to be held responsible for negligence. Worker’s compensation does not apply to temps and contractors, but you may still be held responsible if it is found that you, for instance, failed to brief your workers on the dangers, or if you provided them with tools and safety materials in poor condition. Essentially: If you do everything in your power to keep contractors from being injured, then it will be difficult for anyone to argue that an injury is owed to your negligence.

Although these situations are usually fairly clear-cut, that’s not always the case. Maintaining a safe worksite is of the utmost importance. Even your workers who have no interest in pursuing anything beyond worker’s compensation may have litigious friends and family telling them that they’re entitled to more. It’s easy to blow anything from a chipped hard hat to a slick floor out of proportion, so a relatively safe, uncluttered environment is the most important thing in managing liability.

What is a Waiver of Subrogation?