Are Automatic Drug and Alcohol Tests a Good Idea? 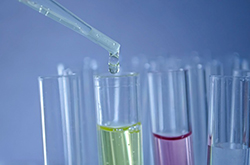 Imagine two accident scenarios. In the first, a construction worker falls off a ladder from 12 feet up and breaks his ankle. His employer has a policy requiring drug and alcohol testing for all workers who suffer work-related injuries that are likely to result in Workers Compensation claims. Can the employer legally do that? If it can, is it a good idea?

In the second, the construction worker is on the ground near the ladder. Someone asks him a question and he turns around to answer. At that exact moment, a worker 12 feet up on the ladder is stung by a bee and drops a component of the air conditioning unit he was installing. The component strikes the worker on the ground, fracturing his shoulder. His employer has the same policy about automatic testing after a workplace injury. Again, is this legal? Is it a good idea?

Employers have good reason to be concerned about the effects of drug and alcohol use in the workplace. A 2002-2003 workplace study showed that, in the prior 12 months, 7% of U.S. workers had consumed alcohol during the workday, 1.7% had worked while under the influence of alcohol, 9% had suffered from hangovers while at work, and 3% used illicit drugs on the job. To combat this, many employers have drug- and alcohol-free workplace policies that they enforce through testing workers for these substances.

However, automatically testing all workers following work-related accidents might not be wise. In fact, it could end up hurting the employer. First, automatic testing might be illegal in the employer’s state. A West Virginia court in 2002 found that Walmart violated the privacy rights of an employee when it required him to take drug and alcohol tests after he injured his back on the job.

The jury relied on earlier court decisions holding that employers violated the state’s constitution by requiring testing without having a reasonable suspicion that the employee was using.

A 2001 decision from an Ohio court went even further. It struck down a state law that permitted employers to deny Workers Compensation benefits to employees who refused to submit to post-injury drug and alcohol tests. The court ruled that requiring testing of employees for whom the employers had no reason to suspect substance abuse amounted to a search of the employees. This search, the court said, violated the U.S. Constitution’s prohibition against unreasonable searches and a similar provision in the Ohio constitution.

Even where state law permits automatic testing, it might harm employee morale. Otherwise loyal and productive employees might feel offended if an employer demands that they submit to testing after they’ve been injured on the job. In the long run, this might hurt the employer’s ability to retain employees and recruit new ones.

It might also invite disability discrimination claims. When the employer does not routinely test all employees but tests only those who suffer workplace injuries, the injured employees might view this as discrimination against them due to their disabilities. They might seek redress under the Americans with Disabilities Act and pursue monetary damages from the employer.

As was the case with the West Virginia and Ohio decisions, automatic testing might invite invasion of privacy claims. At the least, this will subject the employer to long, expensive, and distracting litigation. Employers should take sensible steps to ensure that their workplaces are safe.

While post-injury drug and alcohol testing might make sense in many cases, it is not always appropriate or desirable. Employers should consult with human resources professionals to establish sensible testing policies, and seek the advice of our professional insurance agents to verify that you have the necessary insurance coverage in the event of a discrimination or privacy violation claim.