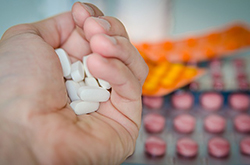 Opioid addiction is a national crisis that affects people in every state. In fact, 100 people across the United States suffer from drug overdoses every day. The health care reform bill addresses the opioid crisis in several ways.

The Opioid Crisis in America

Before learning how the health care reform bill addresses the opioid crisis, you must understand more about opioids. Opiods can include prescription pain-relieving medication such as OxyContin and illegal street drugs like heroin.

A total of 52,000 people across the U.S. died from drug overdoses in 2015. More than six in 10 of those deaths were caused by opioids. These overdoses and any drug abuse harm the victim, affect families and strain community resources.

Treatment options for an opioid addiction often start with a medically supervised detox followed by inpatient or outpatient care at a drug addiction recovery center. Recovery usually focuses on the physical, mental and emotional aspects of addiction and provides counseling, therapy and other assistance to addicts and their families.

Drug abusers typically use their insurance to pay for drug treatment. Without treatment, however, sufferers may end up in jail, in the hospital or homeless.

The U.S. Senate’s current health care reform bill designates $2 billion to the opioid fight. These funds include grants that equip states to offer treatment and recovery services to people who suffer from substance or mental abuse disorders.

Under the new health care reform bill, Medicaid will move to a block-grant system. A block-grant system gives every state the same percentage of funds regardless of the state’s need. The fund amount is reevaluated every three years.

Currently, states receive Medicaid based on the number of poor people who live in their state. These people may be unable to afford traditional insurance and rely on the extra financial assistance Medicaid provides. Some states that opted to receive Medicaid funding under the Affordable Care Act spend as much as 61 percent of their Medicaid funding on substance abuse treatment.

The healthcare reform bill is poised to address the nation’s opioid crisis. However, the bill is still undergoing changes. Monitor the details as you track the available options and assistance provided to opioid abusers across the country and in your community.