Consider the following chain of events: 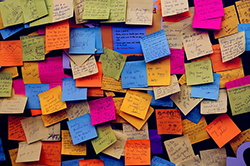 An engineer designs the site and grading plan for a construction project. After the project’s completion, the developer finds that the parking lot is not draining.

In March, the developer writes to the engineer, accuses him of failing to follow recommendations in a geotechnical report, and orders him to create a plan to correct the drainage problem.

The engineer responds by saying that his design was sound but the contractor’s work was defective.

The engineer and developer hold several meetings to determine what caused the problem. The engineer sticks with his version of events.

In May, the developer writes again to the engineer, accusing him of committing design errors and shirking responsibility for the problem.

In August, the engineer notifies his liability insurance company that the developer is making a claim against him.

Sometime later, the developer sues the engineer, architect and contractor.

Question: When exactly did the claim occur, and when should the engineer have reported it to the insurance company?

In this case, the company said it did not have to provide defense or coverage because the engineer violated the policy conditions by reporting the claim late. In the company’s opinion, the developer’s March letter was a claim that the engineer should have reported. A court said that the case would have to go to trial, as the report’s lateness was unclear. The policy insured against claims occurring during the policy period and made within 60 days after the end. When, however, does a dispute become a claim, triggering the obligation to report it to the company? The answer turns on the policy’s definition of “claim”:

The court applied this definition to the March letter, asking whether a reasonable person would have considered the circumstances known to the engineer as a possible claim. In the court’s opinion, the answer was no. Until the developer’s May letter, the court said, a reasonable person could have concluded that the developer was unsure as to who was responsible for the drainage problem.

The letter ordered the engineer to develop a plan to correct the problem. The engineer believed he would be paid for creating this plan, an assumption the court found to be reasonable. Because one reasonable view of the letter was of a request and not a demand for services as compensation for damages, the court said that the case must go to trial to resolve the question of facts.

This case illustrates a dilemma for all sorts of organizations. If they fail to report incidents that eventually turns into lawsuits, their insurance companies might try to deny defense and coverage because of late reporting. Conversely, if they report every incident, no matter how minor, their companies could eventually decide to drop their coverage because of frequent losses, even if most of the reports amount to nothing. To deal with this problem, some policies permit circumstance reporting.

The policy that ultimately covers the claim is the one in effect when the insured reports the circumstance to the company, if a claim results from that circumstance.

Check with one of our insurance agents to find out what the reporting requirements are in your professional liability policies. Know what’s in your policy and what it requires you to do so that you don’t jeopardize your coverage.